The Prime Minister‘s real message was: “You can either do what I want or you can do what you want. The decision is yours.”

The Resignations Were About Ethics

The resignations were spurred by ethical disagreement with what the Prime Minister and his staff were attempting to achieve in their conversations with the former Attorney General about SNC-Lavalin’s criminal prosecution.

If what the PM was attempting to do was unethical, his motivation for doing so, and any ambiguities in the language used in the attempt, do not matter.

END_OF_DOCUMENT_TOKEN_TO_BE_REPLACED 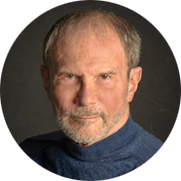