On September 23 the US non-profit Marshall Project, which analyzes US legal and judicial issues, published its analysis of the late Ruth Bader Ginsburg’s judicial record.  It was politely critical.  It examined many of her written judgements, checking whether she agreed with the majority of the court or dissented from the majority’s opinion.  It concluded that she was a leader in gender equity and reproductive rights but “Her record on issues of criminal justice and race is less examined— and less consistent.”

This criticism is unfair.  A judge’s job is to do her job, not to decide consistent with any particular ideology.  The job requires an understanding of the importance of precedent, even precedent the judge doesn’t particularly like.  The law has to be stable and predictable as well as just, which requires a balancing.  Also, judges are part of a collegial bench.  Mechanically counting and scoring the written judgements doesn’t accurately reflect the inner workings of apex courts.  Whose signature was on which judgement provides a clue, but is not determinative of that judge’s contribution to the US Supreme Court (or Canada’s).

END_OF_DOCUMENT_TOKEN_TO_BE_REPLACED 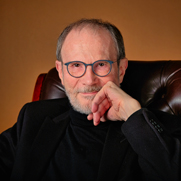 One of our most important freedoms is our ability to choose our actions. But our actions depend upon our emotions. To the extent that we allow our emotions  to be manipulated by what we see and read in the media we are less free.  This subtle manipulation is often through emotionally laden words that  evoke strong feelings.